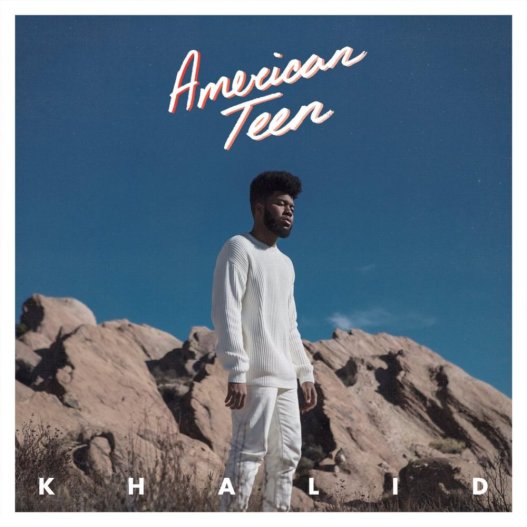 Since its release in March of this year, ‘American Teen’ has blown up and taken Khalid soaring with it. To be just nineteen years of age, the proud owner of a hit debut album, nominated for five grammys and named one of the ‘30 Most Influential Teens of 2017’ by TIME is an incredible achievement and you can bet that this is only the tip of the iceberg for the R’n’B star.

I discovered Khalid while  studying on a rainy London night, flicking through various playlists via Spotify, simply because the idea of any form of procrastination was readily welcome at the time. The song that I stumbled across was ‘Location’ (a hit that Kylie Jenner herself has featured on her Instagram) and what made me pause from skipping ahead was the sheer simplicity and soul it contained.

As I continued listening on through Khalid’s album, I found that this ‘Less Is More’ approach was a recurring theme throughout his work. However, instead of being monotonous it created a rawness and sincerity similar to the likes of Frank Ocean and Chance the Rapper. This stripped-back version of R’n’B makes every word stand out, catapulting the listener into the calm and serene world that Khalid’s lyrics depict.